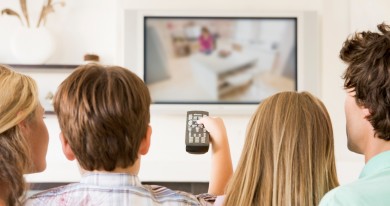 TV or not tv? – is that even the right question?

This question was also highlighted during a free four part video series I recently watched from “Do Hard Things” where the boys’ dad explains his rationale behind how successful his kids have become. He talks about internal versus external motivation. He then explains about using your initiative versus being recruited to just about anything because there is nothing happening in your life. He related it back to video gaming and carelessly watching too much television, allowing mindless pursuits to influence your thoughts.

This prompted me to think about the question I most often get asked.

How much video gaming is too much for my kids?

My response is usually to share that I am not walking in your shoes and so every situation is different. In some seasons of life, tv and video gaming tend to be more prominent due to life circumstances.

I reflect back on when Matey was 5 years old and how we cut television (and all screens as they had no other screens at that time) out completely. Let me also say here that they didn’t watch any more than 10 hours maximum of television per week. Our motivation was to see if Matey would be able to concentrate more.

There seemed to be absolutely no difference the first week. However, by the end of the second week, my husband was astounded at the difference. He was the one that commented how Matey was now sleeping at least 1-2 hours extra every night and was heaps more creative in his play. His concentration had improved significantly. The home was now a lot more peaceful as both Princess (7) and Matey were now able to play co-operatively and hardly fought. Thus, we decided that we would have no television for the next five complete months before we went overseas to Mozambique. We relished the change it brought in our family.

Getting back to video games, we don’t have any video games in our house that the family can play. We don’t have an X-box much to Matey’s chagrin. We do have a Wii that a friend gave us when she was shifting house and her children were no longer living at home and it wasn’t being used. To be honest, it is usually only used when friends are over and they have exhausted most other play options.

My opinion re video games would be to get my children, if they loved video games and it was a huge thing in my household, to concentrate on learning how to create video games rather than mindlessly playing video games as a pastime. I would personally want them to use it for good ie use their skills for creating and building video games.

In our connect/small group at church, we recently watched a DVD by Brad Huddleston (www.bradhuddleston.com) called “Digital Cocaine”. Brad shared how research indicates that playing an hour of video games is equivalent in its effect on the brain to snorting ½ line of cocaine. He then went on to share how any screen use has a negative effect and that we as parents also needed to look at what we are modelling.

This has raised a lot of interesting discussion in our household with the adults especially trying to modify and reduce the amount of time spent on screens and also moderating the children’s usage. There is still more work and discussion to be done in this area within our household. I am constantly being challenged by how I can mindlessly ‘check’ Facebook and spend time on screens to ‘escape’ other stuff.

Another aspect Brad Huddleston raises is that working sequentially is far more effective than multitasking. This also applies to our computer use. Having multi folders open, flicking from one page to another, checking Facebook briefly whilst working on a document, all is detrimental to our brain’s working.

Brad encouraged us to change our habits and especially help our children work sequentially eg finish Maths, then English then brief period of Facebook and not flicking from one to another.

Matey was playing a bit of ‘Fortnite’, apparently one of the latest rages. We have noticed that after he plays that, he is far more prone to being angry and insolent in his responses. Thus, we have drastically reduced any playing of this game much to his frustration.

What about your family?

I would love to hear your thoughts and experiences. Please feel free to comment below.

2 thoughts on “TV or not TV – is that even the right question?”