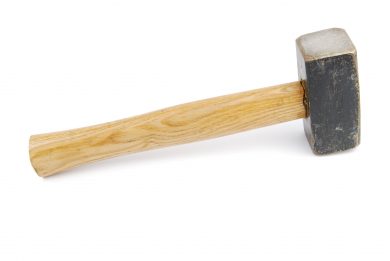 Jael is only featured in a few verses in the Bible in the book of Judges, but she has a dramatic role to play.

Surrounding her is a web of mystery, intrigue, power, control, murder, deceit, friendship, betrayal and strategy.

Judges chapter 4 and 5 are both essential to read when you study Jael. Chapter 4 tells the story of Jael and the implications of her actions. Chapter 5 is a song, but it fills in the picture and is essential in understanding chapter 4 and the events. E.g. It helps you understand that the reason the chariots were useless in the battle was that there was a flash flood by the river and the chariots’ wheels became stuck in the mud.

Deborah called Barak to her and commanded him to take 10,000 men and go up to Mount Tabor and be ready to fight the Canaanites. Deborah promised to lead Sisera and his ruling army to the Kishon River at the foot of Mount Tabor. The chariots were brilliant and fast on the plain but couldn’t climb the mountain.

Barak put a condition on the command – that he would only go if Deborah came with him. Thus, he doubted his ability and was not confident or courageous.

Deborah responds by saying in verse 9, “Because of the course you are taking, the honour will not be yours, for the Lord will deliver Sisera into the hands of a woman”. You automatically believe that Deborah will have that honour.

God also had another plan. When Sisera and the chariots reached the river, there was a flash flood. The heavens opened, and it poured with rain. The dirt near the river turned to mud, and the wheels of the chariots became stuck. Sisera, the General, is the first to flee, and leaves his men behind. The rest of the Canaanite army tries to flee on foot, but they all get killed.

Sisera keeps running and eventually gets to the tent of Jael. He is exhausted and asks for water. Jael gives him milk, invites him into her tent to sleep, and makes it comfortable for him. After Sisera falls asleep, Jael takes her only weapons, a hammer and tent peg, and strikes the tent peg through Sisera’s skull and kills him. Barak eventually comes running along, and Jael shows him his dead enemy.

Don’t let others stand in for you. Stand until the end. Sisera fled from the scene at the first opportunity and left his army to fight on his behalf. Model perseverance. Teach and encourage your children with the principle of knowing when to stand and fight.

Sisera was exhausted after fleeing the battle. I wonder if he would still have entered Jael’s tent if he had been thinking clearly. When we are exhausted, we can make poor choices. Encourage your children to hold off making important decisions until they can think clearly.

Jael lived in the middle of nowhere. No weapons to fight with. But she used what she had and gave it a new purpose. She was experienced at erecting tents and fixing the pegs. She could use a hammer and a tent peg, just in a different way to what she had always done. When Jael stood in her tent and looked around, a hammer and tent pegs would have been present. Jael used what she had access to and repurposed it.

Jael approached the man running towards her. (Reminds me of the Father in the story of the Prodigal son). She went towards him and didn’t wait for him to reach her. She invited him into her tent to hide. She made him comfortable. Again, she used that which she had.

Jael makes him feel comfortable and secure. Offering the milk drink could be construed in several ways. In those times, milk was considered an aphrodisiac. Was Jael implying with her actions that she was available for sex? I am not advocating this!! Milk also fills your stomach, and when you have a full stomach, it is easier to fall asleep. It is also easy to fall asleep when you are exhausted and feel comfortable and safe.

Sisera asked Jael for water. Way beyond what he expected, she opened a skin of milk for him. She then covered him with a blanket. She went beyond what he asked. Encourage your children to be prepared to offer more, to go the extra mile when helping others.

Barak hesitated and lacked courage as he looked simply at his army of 10,000 men fighting an army with 900 chariots that could easily outrun his army. Deborah prophesied that God would allow them to win, but Barak looked only at the physical evidence in front of him. The outcome was that Israel ended up living in peace for 40 years. Focus on God. Look to God for your answers.

Jael played a huge part in helping to free the oppressed nation of Israel. God always sides with the underdog and the oppressed. How are you training your children to be on the side of the oppressed?

As a reader, it is tempting to see Jael standing at the tent, inviting the Army General into her tent. My first thoughts are to fear for Jael. Does she know what she is doing? Is the General going to take ‘advantage’ of her?

Throughout this story, it is easy to think the end is coming but there is always redemption. The outcome changes. The underdog wins. First, the Israelites who were being treated cruelly. Then Jael, a female, in the middle of nowhere. It is important in raising our children that we consider the ‘whole story’, the whole of their life, and not just focus on a tiny snapshot. During those times of despair and frustration, enlarge your view and realise that there is always an opportunity for God to change the outcome.

I would love to hear your comments about Jael and how this Bible passage relates to your parenting. Please feel free to comment or email me. Thanks.