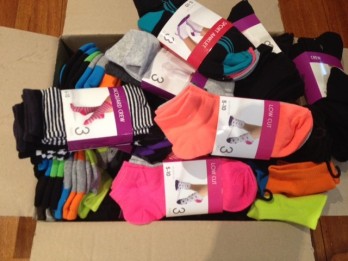 We have a huge responsibility but also an amazing privilege in raising our children to be world changers. In this series of 5 sessions, I am encouraging families in how to raise world changers by loving their family, their neighbours, their community, their country and, next week, the international community.

This week, in loving your country, I encourage you to spend some time with your children helping them brainstorm a few issues that are affecting your country. Then, as a family, choose one issue and help them do a bit of research about where that issue is the most prevalent. See if you can find some organisations or people who are trying to do something to help people who are suffering because of that issue. Then try and help your kids come up with something that they could do to help, big or small.

When my son was 9 years old, we were in the city and he was confronted with all the homeless people. As we walked along the streets, all these homeless people were sitting on the footpath and in doorways. It was quite confronting for all of us because we didn’t know what to do or where to look. It really affected Matey and after we came home, he looked up on the computer for what we could do next time we were confronted with being in that situation. He found out that the number one need for homeless people was not a house, like we thought but shelter and the number two need was warmth. He then discovered that one of their greatest needs for warmth was socks for their feet. People will give away coats that no longer fit them but you don’t give away your old holey socks, you throw them in the bin. Thus, Matey began to collect brand new socks for the homeless. I initially thought that 100 would be a great goal but he had already done the sums of 23,000 homeless people in Melbourne and that they would need 2 pairs each as you need one pair to put on whilst you are washing one pair (if you ever wash them). Thus, he decided to collect 50,000 pairs of brand new socks so that every homeless person in Victoria, Australia could have 2 pairs each. I was overwhelmed at first. Matey decided to call his project ‘2 Pairs Each’ and since then, we have helped him convert it to a non profit registered charity. In 2 ½ years, he has collected and donated over 18,100 pairs of brand new socks and 2,400 items of warm clothing and blankets to the homeless. In this process, he has also learnt a lot about homeless people, has served them meals and interacted with them, and has spoken at numerous schools and organisations about his project. Thus, my son has grown enormously in many areas all through starting to collect socks for the homeless. Do not underestimate what your children are capable of achieving. (Check out his website 2pairseach.com.au and his Facebook page 2 Pairs Each)

Other issues that we have helped with have been collecting over 1,000 children’s books in good condition to give to an organisation called ‘Reading out of Poverty’. This is an organisation that recognises that if you can read, you are more likely to get a better job and thus more likely to earn a wage and not live in poverty. These books go to people in Indigenous communities or lower socioeconomic areas.

We also have knitted and collected beanies (hats) for indigenous children for winter. We have an amazing friend who has a ministry with indigenous people in northern Western Australia. She finds that they need a heap of warm woollen beanies in winter for the indigenous children to keep their heads warm. Unfortunately, most beanies get mislaid at some point, so she needs more beanies to replace the lost ones. A great idea, especially if you are wanting to teach your kids to knit as well.

Remember the sky is the limit. I find that my children tend to have great ideas that I wouldn’t necessarily think of. Plus, if they think of the ideas, they are more likely to action them.

Enjoy the journey of loving your country.