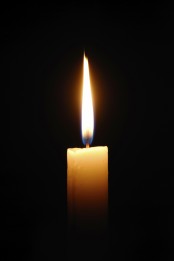 This blog post is written by a friend of mine, Michelle Willis. I wanted you to hear how her family dealt with Halloween this year….

As a young child, I always enjoyed the dressing-up aspect of Halloween and loved the idea of getting free lollies and chocolate from neighbors. I was no stranger to magic, witches, pixies and goblins as I was a fan of Enid Blyton, Ronald Dahl and other authors who wrote about the seemingly harmless fun of magic, spells etc, so dressing up as a witch seemed like a fun thing to me. My parents were quite happy for me to dress up and go trick or treating each year.

Then when I was about 9 years old, my parents became Born Again Christians. Soon after, I was presented with the gospel at a children’s event and I accepted Jesus with much joy and excitement. My parents started to realise that Halloween involved many aspects of the occult and they felt it was not ok for us now that we were followers of Jesus. Since that time, I have never celebrated Halloween and my desires to be involved in Halloween diminished.

Fast forward some 15 years… with two kids aged 4 and 2, our first exposure to Halloween again was when my son hit 4 year old kinder. Without warning I went to pick him up one afternoon and found the whole kinder room decorated with spider webs, bats and black cats and the teacher dressed as a witch! The kids had been making black bats and scary-face masks. My son didn’t look comfortable, so I hurried him out. His teacher chased after him saying “Wait, don’t you want to take your bat and mask?” He did not! I was really angry that he was exposed to this without my knowledge and a bit anxious that I hadn’t had the chance to prepare him for what was going on. That day I asked my son what they learned at kinder and had to explain that as Christians we celebrate Christmas and Easter, but not Halloween. I explained that we celebrate life, love, hope and joy, which is what Christmas and Easter are all about. I shared that we don’t want to celebrate Halloween because it was about scary stuff and death. In the years to come, I made sure I always checked with their teachers before sending my kids to school close to Halloween. To my relief, they never celebrated Halloween at school. The focus was mainly on the Melbourne Cup.

However, the issue of Halloween always rears its ugly head every year when we are bombarded by the gruesome costumes and creepy chocolate display stands at the shops. In the lead up to the day, the schoolyard is often abuzz with discussions of where to go trick or treating and who is dressing up as what. Halloween has never been much of a holiday in Australia, but in recent years it seems to have ballooned into a national preoccupation. There is such a growing interest in the macabre and the creepy. Children and young people seem to really embrace the darkness of this time of year with more and more getting involved in elaborate costumes and parties. Halloween is here to stay whether we like it or not. For us Christians, it’s almost like a clash of two kingdoms…we are the light and those celebrating Halloween are in the dark.

However, Jesus did not instruct us to hide our light and hide away from the dark. He told us to shine our lights in the darkness, to be the cleansing, healing salt in the earth. This sounds great, but how do we do that in relation to Halloween?

In the last 5 years I had tried to take the kids out for the evening on Halloween, or sometimes we just wouldn’t answer the door. The kids just didn’t join in with the Halloween discussions at school. It seemed like we were hiding our beliefs from everyone. I knew we had to do something different so I began to pray and ask God what we should do. Soon I stumbled upon a wonderful article that a friend from church shared on Facebook. It was all about turning on your light at Halloween as a way of reaching out to the community and shining the light of Jesus to neighbours and children that we wouldn’t otherwise have the chance to reach out to. After reading this article I felt prompted by the Holy Spirit to open my doors for the first time this Halloween and bless the local kids with love, generosity and kindness. After buying a whole lot of sweet treats I went to Koorong and found these great kids Manga style comics entitled ‘Messiah’. It was the whole story and gospel of Jesus from birth to resurrection with the sinner’s prayer at the end, so I bought a stack of them and some ‘Jesus Loves You’ bouncy balls and stickers. I made up little bags for different age groups and prayed that God would bring the right people to our door this year. I had to explain to my kids (aged 6 & 9) why we were opening our doors for Halloween this year as I’ve told them in the past that we don’t celebrate death or the occult. We weren’t going to dress up to scare anyone and we weren’t going to play any tricks on anyone, but we were coming in the opposite spirit of the spirit of fear and death. We would redeem this unholy night by using it to share the love, life and hope of Jesus.

The kids were excited and keen to bless the neighborhood kids. My oldest even invited his friends to visit our house. From about 4:30pm, kids started knocking on our door. In total we had about 20 kids visit including 5 teenagers! We gave out all the bags and verbally blessed each child. We gave out 6 comics to appropriately aged boys and girls. They were really surprised and excited to get comics. My sons’ two buddies, one of whom is Buddhist and the other in family of non-believers received them eagerly. In fact their parents came in for a chat and I explained that as we are Christians we don’t celebrate Halloween, but we wanted to bless the kids who come to our door. We didn’t get to pray for anyone specifically, so over the next few days I wondered how effective our ‘outreach’ had been. Following that weekend, my son informed me that his friends loved the comics and the 10 year old brother read his 17 times! This seemed like a promising result to the night and I thanked God, believing that the seeds were sown.

Then the other night my son casually mentioned that his friend Luke is a christian now. I said what do you mean? He told me this ” Luke really liked the comic and so we started talking about Jesus at lunch time. He also told me that sometimes he gets really scared at night. I told him all about Jesus, how he died on the cross to destroy death and that He saves us from the bad forces in the world and Jesus can be our best friend. Luke said his parents don’t believe in God, but they said it’s his choice if he believes in God or not. I asked Luke if he wanted to accept Jesus in his life. He said yes, so I told him to pray with me and we did.”

Wow, was I hearing correctly? My 9 year old son led his friend to Jesus in the playground of a public school at lunchtime? Is God able to use seeds sown at Halloween? Is God bigger than the occult and the darkness of this macabre celebration? You bet!! Is my son a super Godly type of kid? No way. He is just an average kid who likes basketball, lego and Star Wars. He complains about going to church sometimes, he fights with his sister, he refuses to do his homework sometimes, he gets angry with us when he doesn’t get his way sometimes. He is an ordinary kid who loves Jesus but has his moments. God can take an ordinary kid with all his flaws and do something amazing when we choose to do something and engage with our community.

That was not even the end of it. Spurred on by hearing Todd White speak at Stairway, his heart has been set ablaze for Jesus in a way I never thought possible. A few nights ago we all watched ‘Furious Love’ together and my son was captivated. He mentioned his friend Luke again. Then the next morning on the way to school my son said, “mum since we can do what Jesus did, I think I should get rid of the demons out of Luke…I want him to be all free”. I asked him if he had seen anything that seemed like demons in Luke. He said, “Not really, but he has bad nightmares sometimes and plays some scary video games and I’m pretty sure there would be demons coming out of those games mum.” I really wasn’t prepared for this discussion, so I said perhaps you should just wait for the demons to show up obviously first. Don’t go looking for them. Why don’t we ask God about it.  He will let you know if He wants you to send out any demons.

All this came about from opening our door to the possibilities of Halloween. God can take what was meant for evil and turn it around. The world needs to see our love before they can accept our God. God is love, but they don’t know until they see it. So instead of hiding from the dark, we are learning how to bring the light of Jesus into a dark and hopeless world. Next year is going to be even better! We can’t wait to see what God will do with the little that we have to give. God has always been in the business of redeeming and so should we.