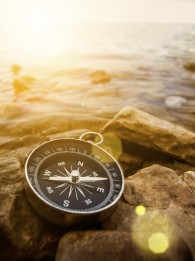 This last week we have been doing compass work, angles, degrees etc in maths. We did various measurements and one time we measured one degree to the right and looked at how it is such a minute change at the beginning but after 20 cm, there was a 6mm difference in direction. After 30 cm, there was a 1 cm difference in direction. After 1m, there was over 2cm difference. We inferred that even though you could dismiss a one degree difference at the beginning as not being significant enough to concern you, after a distance, you would be quite distant from where you were meant to be.

The same applies with our values in parenting. Earlier on, in the heat of the moment, being constantly tired and with the stress of littlies, it is easy to let the small things go. An occasional lie. A wrong attitude. Not obeying first time. But over time, that small thing becomes a huge variance and requires a major adjustment back to your core values. Let me encourage those parents with toddlers and pre-schoolers. It is far easier at that stage to put the time and effort in to change your child’s attitude and behaviour than the teen years.

I can remember being on holiday in Queensland one year. We set out for a walk on the first morning and placed a hat on the toddler’s head. Before we had even gone 10 metres, the toddler had pulled their hat off 6 times. We would stop and we just kept saying ‘you can’t go out in the sun without wearing a hat’ and we then would place the hat back on their head. It was oh so tempting to just toss the hat under the pram and forget about it. I can remember thinking that I didn’t want it to ruin our holiday. I just craved some peace right at that moment. In my head I was struggling with the thoughts of “we need to teach this toddler this lesson versus I just want a peaceful walk and our family has enough issues to deal with without arguing about a damn hat versus is there something wrong with our parenting style and discipline because our child won’t obey us the first time versus I don’t see anyone else having this issue so what’s wrong with me, it must be we need to parent differently”. After those first ten minutes of frustration, the child ended up keeping their hat on. From then on there were no more struggles with hats. Those frustrating 10 minutes at the beginning on the holiday were worth it. (On a side note, that particular child a few years later needed Vitamin D capsules as they weren’t getting enough sun to their skin as whenever they were outside, they slathered themselves with sunscreen and always wore a hat!!)

It is hard when you are tired to keep consistent. Please don’t give up. Keep going. You will thank yourself one day in a decade’s time.

How are you going with your date nights with your spouse? Are they consistent? When was the last time you reviewed how your relationships were going with your spouse and children? What about your family values? Do you even have any written down? Are you still keeping to them? Is it time to review them as a family and set some others?

I have found that it is the little one degree things that cause you to get off course. Lately we have had heaps of stuff happening in our family and extended family and we are tired and time poor. It is so easy to just sit down and let the kids flick on the tv and watch Master chef. Nothing wrong per say with that except that we have a principle of no tv during the week. We encourage reading and card games and board games instead. We were finding that our family time had eroded to watching a movie together. Not bad in itself but not what we were wanting for our family. We need to do a course correction before we keep heading further away from our values and desires for our family.

This year I have been mentoring six different ladies in various capacities. Not bad in itself except the time factor. I didn’t give up enough other things in my schedule to make room for it. Therefore something else makes way for it, especially my blogging. Other things I used to hold dear to I no longer have time for. Another course correction coming up.

I find that holidays are a great time when hubby and I can mull over how we are going as a family and our compass direction and if we are straying off course. Due to not having holidays for two years due to lack of finances, we haven’t consistently set time aside for this as we usually have this as a holiday tradition. Another course correction.

How are you going with staying on course? Are there little, or big, things that are taking your family, as a whole or individuals within the family, off course?