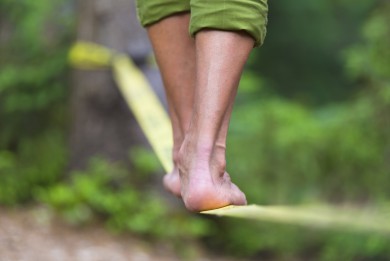 Last weekend our kids were involved in a 24 hour Mega-swim to raise funds for Multiple Sclerosis. This involved being at the pool for a total of 15 hours and them swimming for a good portion of that time. We popped home at various times to sleep, have dinner etc. The following day we were all exhausted. I am so glad that I had pre-arranged a quiet day at home for that following day. One child was so tired that they burst into tears over a seemingly little issue. I would have been asking for trouble if we had arranged a play date for that day instead of just allowing everyone to chill out at home.

We are living in a fast paced world where more is said to be better. We tend to fill our calendar and forget to leave space for just being. We rush from one appointment to the next, carting kids from one activity to another. No longer do kids seem to have endless time to just chill and play after school of an afternoon. Instead, they are involved in heaps of extra curricular activities. Is our life any better for it?

When our children were younger, it was easy to identify the cause of meltdowns and tantrums. They were usually over tired or hungry. I soon learnt to balance our time so that we were not too busy and had plenty of time for rest and not plan one activity after another, one play date after another. Perhaps with tweens and teenagers, the moodiness and tantrums can still be attributed largely to lack of balance?

It is currently school holidays here in Victoria, Australia. Even though we home school, we still observe school holidays and take a break from schooling for that time. It is a great opportunity to catch up with friends who are schooling, and for me to catch up on things that I have let slide during the school term due to lack of time and energy. Also, I like to spend a little time preparing for the next term. I also find during school holidays that it is a great opportunity to teach the kids a bit of balance. Being instead of doing. This is usually the time we have for doing the extra fun things that get missed out when days are busy, like board games, creating, etc

I personally believe that kids need to have some time in which there is nothing organised and which they need to work out themselves what they will do without resorting to screens. Believing that our kids are going to miss out if they are not always socialising with peers or involved in every activity on offer means that we do them a grave injustice. We end up raising children to be adults who believe that they are entitled to everything they want.

How does your family balance your lifestyle? Are their areas where you perhaps need to tweak some things so that you have more balance?

One thought on “Balance”