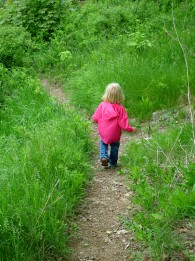 Our plans yesterday did not work out. Matey (9) woke up with a really bad ear ache which had been brewing for 24 hours. My kids have to be really sick for me to take them to the doctor’s but I really felt I needed to take him to get some antibiotics. At that point of the day, I knew our plans would change. This doctor is normally behind schedule and you can end up waiting for ages. Thankfully we didn’t have to but virtually got in straight away. What happened next, though, was all about flexibility and creating enough ‘room’ in your day to go with the ‘God’ promptings. The receptionist was on the phone when we had arrived with hassles with her sons school. When we came back out, her secondary school son was now sitting in the waiting room and the receptionist was explaining to the doctor that the school had made a mistake with time tabling and didn’t have any rooms spare for her son to study in and that he was meant to be at home. The receptionist lived a good 25 minutes drive away and was committed to work until 6m that evening. There was no public transport to take him anywhere near their home.

At this point, my mouth kicked into gear before my brain. I knew that we had various tasks to do around the town and nothing definitely official we had to do until a 5pm dance class for Princess (12). Although it was officially a school day and the kids needed to do a few hours schoolwork and I had oodles of cleaning and ironing and preparation to be done for a busy end of week and mission trip next week etc.

I found myself offering to drive the receptionist’s year 10 son home so that he could spend the day studying instead of sitting in the waiting room with all the distractions of people coming and going. The receptionist looked at me as if I was from another planet. She could not comprehend that I would do that. Fair enough, I only know this lady as the receptionist, had no idea of where she lived, never even met her son before and didn’t know his name, but I felt that this was the least I could do.

After an amazing conversation, her son ended up in the car and the kids and I had a brilliant conversation for the next 25 minutes as we drove him home. He is an army reserve cadet, something Matey would love to join when he turns 14, so this young man explained it all to us. It ended up being a winner for everyone concerned.

I am so glad that we had enough flexibility in our day to be able to do something for this lady and her son. This act of kindness will be remembered, not just by this lady and her son, but by my kids. It is part of the new ‘norm’ we are trying to establish – that of having enough flexibility to go with the promptings of being able to help others in a small way, even though it may inconvenience us in this process.

In teaching my kids time management, a part of that is allowing enough freedom to be able to change plans suddenly or shift priorities if something comes up that has a higher priority.

What do you teach your kids about time management? I blogged about this back in August 2013 (Time Management) when I was teaching my kids about how they spend their time, especially in relation to time wasters. At that stage, every family member filled out a sheet that documented what we were doing every half an hour for a week. We then colour coded it for schoolwork, chores, eating, sleeping, watching TV, playing, sport etc. It was a great way of helping the kids see if there was balance in their life and also how we can limit time wasters like television watching and use our time efficiently.

One of the negatives of ordering out time to be efficient and constructive, is that we can lose the ability to be flexible and to go with promptings to help people when we see a need.

What are you modelling to your children? I would love to hear your thoughts.