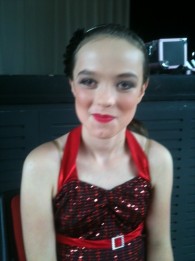 Books, books and more books. This is the theme at the moment as we are at the halfway mark in collecting, sorting and packing books to ship to Cambodia. We were initially hoping to have the container filled and sent before Christmas. Time has got away and it is taking a lot more time than we had initially thought. We have collected, sorted and packed 10,000 books with at least another 5,000 books in our carport ready to be sorted and packed. Private schools are finishing this week for the year and they all want the books picked up ASAP. Thus, our life is revolving around books at the moment.

We always finish our homeschooling year at the end of November so as to give time for end of year functions, Christmas preparation and Matey’s birthday preparation as his birthday is two days before Christmas. This last week has become chaotic with the book collection, driving all over Melbourne, so the end of the school year was a bit of a blur. We still need to ‘formally’ celebrate the successful completion of grade four for Princess and grade one for Matey. We did celebrate Sunday night the grand effort of having ten thousand books packed ready to ship.

One thing though that we will not be able to fit in until January is the actual packing of the container. Having to weigh every box and then put in the container will not be feasible this side of Christmas. Most of the books will hopefully be sorted and packed though, so that will be a relief. At the moment, the kids have pitched in really well with housework and helping but we do need to balance things. Thus, when we go to pick up books, we are trying to fit in a small stop at either a nearby beach or park that we have never explored before, just for a bit of special time.

One thing I am realising is that I don’t tend to ask enough questions of my kids. After we hopped into the car after a book pickup, both kids commented on how they wouldn’t like to go to that school. I was amazed and asked “why?” and “what were they thinking?” and more importantly, “what were they feeling?”. I realised as soon as I asked Matey what he was feeling that that was the issue. My kids automatically tend to pick up on the spiritual atmosphere of a place and they were getting a negative feeling from that school. From all outwards appearances, it looked a great school. Friendly, uniforms smart, clean grounds etc. but once I realised it was a spiritual atmosphere sense, I quickly realised that that conferred with what I knew about the school and some of its activities and practices and could see that the kids were spot on.

Matey has had a big week as he was one of Santa’s elves in the local Frankston Christmas parade. The kids dance school is based on fun but it also has some great contacts in the entertainment industry and the kids get opportunities to dance at events that have a huge public attendance. Princess didn’t want to dance with Santa. She has never been a fan of Santa’s.

Matey’s other excitement for the week has been that he has auditioned for the Australian Boys Choir. He loved the audition and we found that his self esteem improved dramatically in the lead up. This is something that has been ‘his’. Sarah hasn’t already done it or is better at it than him. He loves singing and dancing and will sing all day. It is a long shot but the success is in having a go. I didn’t want to look back in a few years and say, “What if…?”, “I wish he had tried out for the choir.” This way, we will know one way or the other. There is a very high chance that the boys who auditioned won’t get in, but Matey loved having a go. The failure would have been in not giving it a go.

Dance concert is this coming Sunday and boy will I be glad when it is over. The amount of photo days, dance rehearsals, stage rehearsals etc are time consuming. The kids love it though and it is special. From what I have seen, the concert is going to be spectacular. The kids do both tap and jazz dance, although in different age and competency groups.

At the dance rehearsal on Tuesday evening, Princess was chosen to have makeup applied on so as to show the mums how to apply stage makeup. Talk about applied thickly, complete with false eyelashes. Most of the mums were “freaking out” with the amount of makeup and Princess cracked them up at the end by saying, “Oh mum, I love this makeup”. We have since had to shop for “this makeup” but purely at this stage for dance performances.

Princess loves reading and last year read Anh Do’s book, “The Happiest Refugee”. In it, Anh Do writes about how he found a green chip in a chip packet so he sent it back to the manufacturer and in return received a huge box of packets of chips. During the week, Princess found a green edged chip. She kept it to send to the manufacturer but I threw it in the bin as it had been left on the bench. Thus, after fishing it out of the bin, Princess rang the company to find out the best way to return it to them so that it wasn’t damaged. Instead, they took all her details over the phone and are going to send her a shopping voucher in return. She is becoming very resourceful at age ten. Several years ago she was reading an Australian Geographic book and found a photo in it of a building in Broken Hill taken in 1840. The only trouble was that it had a motor car parked in front of the building. Princess wrote to the company to tell them and received a huge box of goodies, posters, music CD, and books in return. She has realised that it is worth following through on things that are not quite right.

The favourite book to read in our home this last week was “Yun – The Illustrated Story of Brother Yun, The Heavenly Man” by Paul Hathaway. It is a comic book version of the adult story and is fantastic for children to read. Matey keeps commenting on the amount of miracles that Brother Yun experienced. It is quite graphic so is obviously not suitable for kids too young. It mentions the torture he experiences but is an extremely motivating book to read. I would highly recommend it as my kids have devoured it. Matey also commented that he wants to go to Germany and meet Brother Yun one day.

Several of our Christmas traditions have started this week. The advent calendar is one of them. This year, I have let the kids chose their own with Princess choosing a chocolate one and Matey choosing a Lego one. In the past, I have made up my own in red and green envelopes with the Christmas story on the outside in 25 sections and trinkets on the inside. Balloons and party blowers no longer have the same appeal as they did five years ago! We are also telling the Christmas story differently this year with our Jesse tree and the “Truth in the Tinsel” activities.

Our family also love going to the play “Road to Bethlehem” a huge production put on by the Seventh Day Adventist Church where you walk around the scenes and become part of the action of the trip that Mary and Joseph took to Bethlehem. This nativity play really consolidates for us what Christmas is all about and the interactive nature is special for all of us, not just the kids.

We also place a number of nativity sets around the house. They range from beautiful to rustic and Matey especially loves moving the different characters around and retelling the story. I like there to be a reminder of what Christmas is about in every room of the house. I also gather all the Christmas books that I can find in the house, of which there is a large collection, and place in a huge basket in the living room. I find that this encourages the kids to read them. Two of our favourites are “Jotham’s Journey” by Arnold Ytreeide (10 year old Jotham travels across Israel as he searches for his family, encountering many folk including wise men, shepherds and innkeepers until at last he finds his way to his family and to the Saviour born in Bethlehem.) The other book which is hilarious and we read it over and over again is Barbara Robinson’s “The Best Christmas Pageant Ever”.  At the end we are all nearly in tears as the Herdman family interpret the nativity through the eyes of people hearing the story for the very first time. The church folk are appalled at their interpretation of the wise men as a bunch of dirty spies, Herod needs a good beating, what gifts you would really take to a new baby born as a refugee etc. If you have younger kids (12 and under), I highly recommend this book. We laugh and laugh the whole way through about what Imogene Herdman is now doing. Throughout the week, we often talk about what Imogene Herdman would do. A must read!!

We also look at what we can make or do for other people to help make Christmas special for them. These things are usually only small but we have fun doing it all together. It also helps create a sense that Christmas is not all about getting but about giving.

The street Christmas party is a highlight for our kids and that has become a tradition. I am finding that I do certain traditions each year, some purposefully and some without really planning them. I encourage you to spend some time this Christmas chatting with your kids about what traditions they like at Christmas.

I would love to hear some of your family traditions at Christmas. I am always on the lookout for new ones to implement in our family life. Thanks.