Matey’s new pet: Matey (7) was given a bird on Saturday by friends of ours. These friends had recently given Princess two china cups with Queen Elizabeth’s coronation and picture on them. Princess is a huge royal fan so she immediately put these in the china cupboard. These friends wanted to give something to Matey as well. These friends live on a small farm and Matey loves visiting them and playing with all their animals. Thus, they bought a pet cockatiel for Matey. We are all still adjusting to this new addition to the family and the noise and mess. It still doesn’t have a name but both kids are enjoying spending time with it. It is a great learning experience for the whole family. 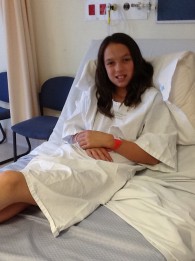 Princess’ operation: Princess (10) had her adenoids out this week so Friday was spent all day at hospital. She coped really well and I am so glad that it is all over. It was great to see Matey’s concern for her. He drew pictures for her to show her what the hospital room and the theatre room would be like. He remembered all this from when he had his tonsils and adenoids out when he was 3 (nearly 5 years ago). That was a horrible experience for him so it was great to see how he could remember all the good stuff and the bad stuff was no longer an issue. When kids (anyone really) undergoes anaesthetic, it is helpful to pray a simple prayer to lift off any trauma associated with the experience and also anything connected to their soul, spirit, or body from the time when they have no control over their body due to the anaesthetic.

Something we hadn’t realised was that Princess can’t do any sport for a fortnight. She has just recommenced swimming squad so that is on hold, plus her dance, basketball, and triathlon training. With her dance concert a month away, she is fortunate she has put in so much effort each week practicing her five dances so that she knows the routines and a couple of weeks off won’t be too detrimental. Trying to keep her resting for the first few days was hard as she is such an active person. Thankfully she didn’t seem to have any ill effects from the anaesthetic or the operation.

Prophetic art: Tuesday evening at our prophetic team night, I had organised for the team to draw prophetic pictures for all the folk who attend the church’s weekly meal for those who are doing life tough. At the weekly meal, they are currently looking at identity issues and trying to help folk see themselves as God sees them. What you feel about yourself is what you project to others so if you are feeling rejected and struggling with that, you will project that image. We wanted to give these folk a picture that they could keep about how God sees them. Unfortunately, we didn’t have enough team members to draw a picture for every person, so the next morning, I got hubby, and the kids to help me finish drawing a picture for each person. They are simple texta/crayon drawings but what it conveys is so important.

I am always amazed at how it comes so easily and naturally for the kids. They just ask God to show them what to draw or write and then immediately start drawing it. They totally trust that the picture they see in their mind is from God and just draw it. I always love hearing from the people afterwards about their response to the pictures. Recently Matey drew a picture for a man he had never seen before, he didn’t even know his name. He just knew he had to draw a picture for a man. He drew a picture of the man and his son (not even knowing that this man had a son) playing on the playground and it was about new life. The man was absolutely stunned with the picture as that day he had decided to let Jesus be in control of his life so had started a new life with God. He had also repaired his broken relationship with his wife and decided to put his family first instead of work. He had a son and the son loved going to playgrounds but the dad was always too busy. A fortnight later, this man reported back that his wife was pregnant and they had just found out. Talk about new life!! 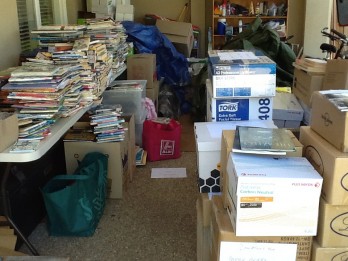 Books 4 Cambodia: This project has taught Princess (& all of us) a lot of things. We have also used it to teach Princess about goal setting. This has included looking at the bigger picture and then breaking it down into smaller achievable goals. She already had 4,000 books and to achieve the goal of filling the container by Christmas, she had set a smaller goal of another 2,000 books by the end of October. This goal was definitely achieved. We received at least 3,000 books. The sorting and packing takes a lot of time. 1,000 books were sorted and packed Saturday afternoon with the rest still needing sorting. This project has also taught us about boundaries and not letting it consume our life and not spending time on it when we need to do other stuff. When you incorporate something new into your life, you have to be prepared to sometimes give up something else, eg time, and we are still adjusting to this. The whole family is really getting into the project now but I must say, I will be glad to have some space and time back when it is all over.

Whilst sorting the books, we sometimes come across some really good books that the kids would like to read themselves. They are allowed to take these and read them as long as they bring them back and put them into the boxes again. Several of the books are part of a series about an eight year old girl who is great at helping people but then struggles with telling the truth to her mum and teachers. These books have been great to read together and chat through the consequences and to ask our kids what they would choose to do. The series is called “Alex” by Nancy Simpson Levene. I would thoroughly recommend it for reading to your 7-10 year old children and then chatting about what they would do in the situations. They are funny and cover some great issues for that age group such as lying, bullying, making friends, being kind, obedience, and helping others who are different to yourself.