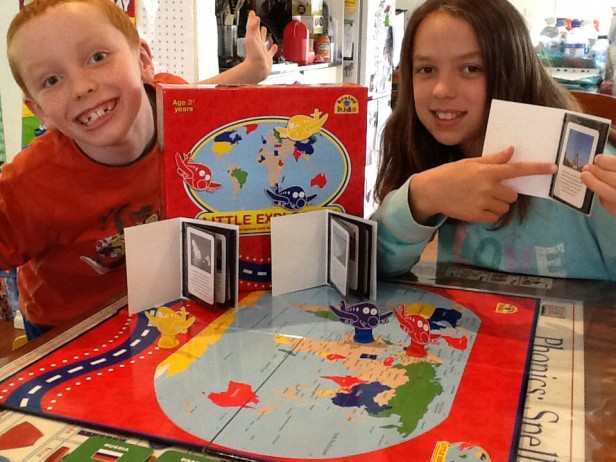 Career advisor appointment: Princess (10) had an hour long appointment this week with the local careers advisor. This was an opportunity as a homeschooler not in the normal school system, to meet with an advisor to chat about opportunities for her future and career paths. I was thrilled with the way she presented herself. Princess took it very seriously and she dressed up for the occasion and also took notes during the session. I was so proud of her. From 18 months of age, she has only ever wanted to be a a medical doctor. She has never wavered in this decision. She also has a number of prophetic words from world renowned prophets over her life about this. Thus, it was a fantastic time with the Careers Advisor to hear what she needs to do for the future, when is the ideal time to slot into the school system for her career choice and to find out about the different pathways to achieving that.

Books 4 Cambodia: We currently have over 4,000 books all sorted and boxed with another approx 500 books in our carport waiting to be sorted. It is a lot of work to drive over Melbourne picking up books, then sort and pack books into boxes but it is worth the effort. It has been great to see the effect that this has had on Princess. She is learning some great skills through this project. It is certainly one of those huge projects that would seem overwhelming for one individual person to complete.

We have also found out that the contents of the container have to be less than 20 tonne for the roads in Cambodia to be able to cope. Thus, Princess now has to work out how to weigh the boxes so that we keep the contents under the limit. This greatly influences the number of books as well. The number of books, which we had already realised, is arbitrary as it was always going to be about the volume, or now, the weight. Thus, the initial 37,000 books wanted to fill a 40 foot container will be far too many. It is a great learning process.

Princess has also been asked to do a 15 minute presentation on this project at an exclusive private girls school. Even though it will be very stretching, and she has never done anything like this before, it will be a great experience. I encourage you to help your children dream about a seemingly impossible project that helps other people, that they could try with your help, and then look at breaking it down into ‘bite sized pieces’ to see if it is something you could do as a family.

Birthday Parties: Princess had an opportunity to go to her friend’s Ice skating party on Saturday. I was thrilled with how she persevered with trying to ice skate when it is clearly not a natural ability. She had a great time but certainly realised she is more gifted at other sporting activities. This was followed by having a hot chocolate together at our favourite chocolate cafe in the city, a special mother-daughter time.

We then went on to another friend’s 30th Birthday party. The party was at a trivia night to aid the Sunflower Foundation (Australia) Inc www.sunflowerfoundation.com.au This is an organisation that provides grants to help educate girls and women to create pathways out of poverty for the whole community. Not only was it a fun night but a great opportunity to support this wonderful foundation. I love exposing my children to these sort of organisations. A lady from Melbourne set this organisation up and we had the privilege of speaking with her for a few minutes and finding out how and why she went about it. This lady was overseas when she encountered the situation of girls in poverty and she realised how her mother regretted never having the opportunity to receive schooling as she was a female. Thus, this lady and her husband birthed this organisation to help other females never experience what her mother did. Research shows that educating females reduces the AIDS rate, reduces child marriages, reduces sex trafficking etc etc. Never underestimate the effect that exposing your child to these sorts of things can have on your child and the seeds that can be planted.

Father-son time: Hubby and Matey (7) spent several hours in the drizzle one afternoon walking from our suburb to Frankston along the beach, over rocks, through water etc. They have done this a few times already so the path was not new but the drizzly conditions were. Matey had a pirate party last year for his 7th birthday and the kids and some parents completed this trek then. It is an adventure for little boys. At one point you wade through thigh deep water, then scramble over rocks, then another part is side stepping along a very narrow high ledge holding on to high wire fencing.

This time they found a seagull, still alive, with a fishing hook stuck in its neck and several metres of fishing line down its throat and the bird hooked to seaweed by the fishing line. If the tide had come in, the bird would have drowned as it couldn’t move. Hubby and Matey managed to free the bleeding bird, and tried to give it some water before it finally had the strength to fly away. They also noticed a lot of erosion and built a dam in one place. Matey now wants to be an engineer when he grows up and design and build dams!!

Board Games: We have a lot of board games and recently when I was cleaning out the cupboard, I realised that there were a few that had been shoved to the back of the cupboard and never played. Thus, we opened the game ‘Little Explorers’. The kids loved it. I love games that teach geography skills so this was a winner for me. Aimed at 3 year olds and over, it wouldn’t be worth buying for older kids but it had some great concepts as part of the game. Basically, you roll a coloured dice and pick a country that is the same colour as that rolled. You then select a card from that country to add to your passport booklet. The card has a photo and some information about it within the country eg one of the France cards had the Eiffel Tower and info about it. This is read out before you place  it in your passport. The game is over when you fill your booklet. If you roll a star, you have to stand up and tell everyone the facts you have learnt from your cards so far. Great public speaking skills. The kids enjoyed playing it and learnt a few new things about different parts of the world.