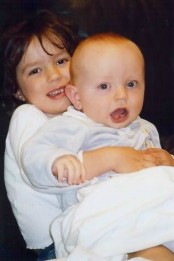 Last week a blog reader said to me that she loved reading my blog but wondered if I had some stuff suitable for where her children were at – a toddler and a new-born. Thus, this week’s blog is a compilation of some reflections from what I found personally helped me when my children were that age. I must confess, it is so easy to forget the hard times as I am someone who ‘lives in the present’.