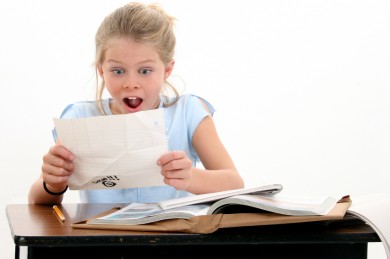 This week I have witnessed first hand the impact that someone else’s positive and encouraging words can have on a child. Matey received an early birthday card from the church’s children’s ministry and inside it, part of the wording was “God thinks you’re great!” Matey was beaming proudly as he read it and asked us to re-read it several times. It was like he wanted it to soak into his mind and his spirit.

Interestingly enough, several people lately have stopped me and shared with me how he has impacted them positively or a character quality that they can see him growing well in. It is amazing as a mum how that can change your perspective on your child.

I have bought both children the book by Dr. Seuss – “Oh, the places you’ll go”. (Fantastic book just in itself – well worth a read!!) I am keeping it as a surprise for the kids when they reach eighteen (finish school). Whenever they finish a season in dance, basketball, sport etc or have a teacher for a period of time, I am getting the coach/teacher to choose a page of the book and write a short note to that child that they will be able to read when they are eighteen. I must confess that I have only just bought the books so the kids only have a few things written in them so far. I was gobsmacked when I read what Matey’s jazz and tap dance teacher had written about him for the future re his ability to use his brains. She actually wrote an extremely prophetic few sentences that blew me away. She spoke into his future about how smart he would be.

As a busy mother, I can easily forget and lose sight of the impact that an encouraging word can have on  a child, especially one who has ‘verbal affirmation’ as part of his love language. To be honest, I believe all of us, though, need verbal affirmation. Wouldn’t you rather be around someone who was positive and uplifting than someone who was always negative and critical, especially critical about yourself.

We have been struggling a bit lately with Matey’s unwise choices and behaviour and I get very tempted to say stuff that can be ‘cutting’.  Thankfully, most times, I hold myself in check and don’t utter those hurtful words. To be honest some still do get through and it is like you can see his demeanour shrink.

At both Christmas and birthdays, I write a card individually to our children about all the great things I see in them, not just stuff they are good at, but character qualities and giftings that are becoming evident. Both kids treasure these cards and will often bring them out to read and study. I really believe that kids grow more from positive reinforcement than negative criticism.

We also gave both children a school graduation certificate last night for the end of this school year. I was amazed at the impact the extra page of the certificate had on both children. I had listed as many of their achievements for the year as I could think of. It wasn’t only academic but social, physical, character qualities etc. The kids savour reading this about themselves.

When I was a teenager, my Youth Leader sent me a card in the post. The card didn’t say much other than how was I going and that she was praying for me. I treasured that card. Thirty years later, I still remember it. Why? Firstly, I never got mail, so that was special in itself. Secondly, it was positive and encouraging to know that someone outside of my immediate family was thinking of me.

I would encourage you to choose a child outside your immediate family and write a card or letter to them encouraging them for the positive attributes you see in them. This is especially useful and challenging when it is a child who frustrates you. I encourage you to ask God to show you something encouraging and positive about them for the future, about the greatness inside of them. If all you can see are negatives, look at how the frustrations could be changed for the positive and the impact that that child could have using that ability in the future. Write to them expressing those encouraging thoughts. You will be helping to transform that child’s world.