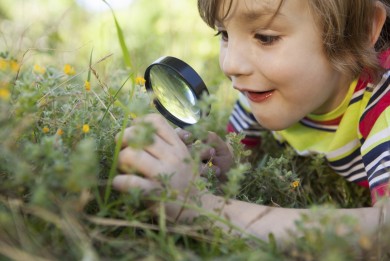 Bored – feeling weary and impatient because one is unoccupied or lacks interest in one’s current activity.

I hate hearing the words “I’m bored”. We were never allowed to say that when we were growing up as my mother believed it was a reflection of our own inadequacy to entertain ourselves. Thus, when my son says that he is bored, he now knows that he will get a few options of cleaning to do if he can’t quickly choose something to do that doesn’t involve screens. I usually find that the only time he says it is if he wants to play with the neighbours (of which usually at that time I am wanting to give that a break) or wanting to watch television or play on the iPad. Thus, when he says it to me, if he doesn’t quickly find himself something to do eg reading, Lego, creating something, cooking, etc then he has to wash the windows as the first option (a household chore I never seem to get around to doing).

Other chores and cleaning options, appropriate to their age and skill ability, are also cited when I hear “I’m bored”. The other day I receive a phone call from a girl who is 5 years old. The daughter had said to the mum that she was bored. The mum had suggested ringing me to see what I would say. (The phone call served two purposes as the mum also wanted to teach the daughter how to make a phone call and respond appropriately on the phone when you have a conversation with someone you can’t see.) I told the girl that when my kids say that they are bored then they have to do chores such as cleaning the toilet, sweeping, cleaning up etc. A short while later, I received an SMS with a photo of the girl sorting socks.

Another suggestion I used to employ when the kids were younger was to have a list on the fridge where the kids could view it. This list itemised activities that the kids could do if they couldn’t think of something ie they were ‘bored’. More importantly, I used the list for those moments when things were going haywire and I just needed some peace or change the atmosphere quickly because things weren’t going too well. The list was divided into outside and inside activities. Also the items didn’t require too much cleaning up afterwards or too much energy expended on my behalf. All activities were easy to do with resources that we would have at our disposal eg making a cubby out of blankets and the dining table, painting with water on the verandah, drawing with chalk on the footpath, blowing bubbles outside, bathing the rubber dolls, making Christmas cards from pompoms, craft stuff, cutting newspaper into shapes, rolling dice to add up numbers, board/card game, ringing grandma, finding insects outside, lie on their back outside and watch the clouds and make shapes out of them etc

I love the fact that most times it is better if we don’t supply the answer to their question “I’m bored. What can I do?”. Everyone needs to learn the skill of being able to entertain themselves and play on their own.

I encourage you to find time in the next few days to write a list and put on the fridge for those ‘I’m bored’ times.