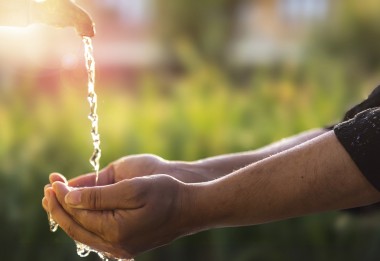 A number of weeks ago, I really felt that our family needed to have a focus on being kind to others. I realised that with a teenager in the family, it is far easier to arrange something if there is a friend involved as well. Thus, I contacted a friend who has kids the same age as mine and who love hanging out together. My friend was up for it. I then pitched it to my family who agreed quickly with the suggestion as it meant that they would get to spend some time with their friends.

Fast forward to Sunday. We had lunch together and then set the parameters. We would allow 90 minutes (next time 2 hours would be better as the girls group was late back and the boys group were back on time but had to leave early to be prompt so couldn’t finish all that they wanted to do). The females were in one car (both mums with 2 x 14 year old girls) and the males in another car (both dads with 2 x 11 year old boys). Each group had $20 if they needed to use it but the money wasn’t to be used to determine our activity. We were encouraged to ask God whom He wanted us to bless and to follow those promptings. We had access to paper and pens. We were encouraged to just go out and show kindness to strangers. We also wanted it to be child led and the adults to take a back seat.

Before we left, I shared a story about a young couple on a sinking ship and the husband jumped in the one remaining lifeboat spot to leave his wife to drown. A few of us were horrified that he would do that. I then shared how the lady had an incurable illness and was dying and that he needed to look after the kids at home. From what we observe about people, we don’t always know the full facts and situation that they are facing so the encouragement was to not let that determine our actions.

The boys group went to two different McDonalds where they paid for 20 ice cream cones at each place to be given out to the next 20 customers. The boys had also written notes of encouragement that they asked the cashier to give out as well – “You are awesome”, etc. At the first venue, the staff were hugely impressed and it seemed to have an amazing effect on them. The guys sat back and watched as customers reacted to receiving a free ice cream cone. At the second McDonalds, the staff weren’t as helpful so it made it a bit harder.

The girls started with my friend sensing to drop a gift and welcoming note and blessing to a new neighbour who had moved into the neighbourhood about a month ago. She put it in this neighbour’s letterbox. We then drove to the local shopping centre where the girls had a ball writing notes and putting on the bathroom mirror about the value of a person being in their inner beauty and that they were the fairest of them all (Mirror, mirror on the wall, who is the fairest of them all?). A $5 note was also stuck to the mirror. We then bought a bunch of 10 roses for $3 and started handing them out to people. We had such an amazing response from people who received them that the girls then went and bought another bunch and handed them out. They also gave away a $10 note to a man (whom was later seen driving an expensive car). One of the girls wrote a note with a bible verse on it for a man’s car whilst I grabbed some wayward shopping trolleys and brought them back to the drop off for trolleys. On the way home, we stopped at various bus stops, post boxes, and a school to leave thank you notes. We also left an anonymous encouraging note in a lady’s letterbox since she had been having a hard time lately.

In the debrief over cake, most of us expressed the desire that we needed to step out of our comfort zone more often. I had never realised how easy it is to give out a rose to a complete stranger when feeling a prompting, and then to give them a word of encouragement. Their countenance changes completely. It was like offering water to a thirsty person. We all seemed to enjoy the experience. We also re-iterated the story about the fact that we don’t know what is happening in other people’s lives. We plan to repeat it in a little while with the girls going with the dads and the boys with the mums as the dads had a tad of trouble keeping everyone focused.

I encourage you and your family, perhaps give something like this a try. It certainly made for a fun afternoon and was a winner as we all got to spend time with friends plus make a difference to some people’s lives in a small way.

Please feel free to comment if you have tried something similar.

Also, I have posted this blog on my other blog site (www.unlockingthegold.com) this week as that blog is about unearthing the gold in others, so if you subscribe to both blogs, I am sorry for the repeat.

One thought on “Family outing – random acts of kindness”