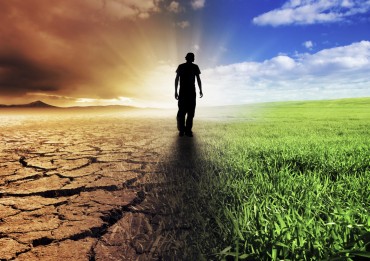 Several years ago, Princess and I were having a drink with a lady whilst waiting for hubby and Matey to join us. After a good twenty minutes, we both were looking at one another in amazement. The woman was so negative. We were both feeling very uncomfortable because everything we said was turned into a negative complaint. The woman stated that it was such a cold, dreary day. She then went on to say that the café would probably forget her drink (which they did). She then said that the coffee would probably be cold, which it was. Everything she said was so negative.

Suddenly I remembered that we can change or ‘shift’ the atmosphere. As a family we had recently listened to a CD by Dawna DeSilva from Bethel on this topic but we hadn’t yet ‘tried’ it out. Very quietly so that only Princess and I heard, I said, “Spirit of negativity I see you and I choose not to partner with you. Instead, I release a spirit of joy.”

Instantly this woman stopped complaining and being negative. The atmosphere changed significantly and instantaneously. Princess and I were gobsmacked. We both realised the results were amazing.

I believe it is important to teach our children that they are responsible for their attitude and the atmosphere they carry and also how they can simply change the atmosphere around them by speaking a few simple words.

We are spiritual beings and the spirit within us has power to change the atmosphere where we are. I have personally used this a number of times in my work situation where I have been nursing a patient who is really upset and the atmosphere will completely change. It is usually so powerful that all my colleagues will notice it and comment on the change with amazement.

Friends, this is a powerful weapon. Whenever you notice an atmosphere that isn’t of God, use this method to change it. Whenever you walk into a room and feel an extremely strong emotion that isn’t you or you didn’t have a few minutes ago and there seems to be no apparent reason, try this method. It works.

An example is friends were walking through the casino from the carpark to the restaurant and the woman suddenly felt a strong sexual urge overwhelm her. She was completely baffled but tried this strategy and the strong sexual urge immediately left her. She had encountered a spirit in the atmosphere that was not of her but had impacted her as she walked through that area.

I encourage you to try it this week and then teach your children how they can also do it. When I teach kids how to do this, I usually frame it as saying, “fear go, peace come”.

I taught it to a Sunday School class last year and that very afternoon at lunchtime, one of the kids was in his kitchen helping his mum who was stressed and the atmosphere became quite tense. The mum later shared how her son said, “I learnt something today. I can’t remember what to say. Oh yes. Stress go, peace come.” The mum shared how they both noticed an immediate change.

Try it when you next encounter something negative “in the air”. It may even be your own children being grumpy, dishonest, defiant etc. You have spiritual authority over the situation, so just quietly say, “I see you spirit of…. and I choose not to partner with you and instead I release the spirit of…..(the opposite)”. See what happens.

If you would like to hear a full teaching on this, Dawna DeSilva from Bethel Church has a  fantastic teaching audio on ‘shifting atmospheres’. (http://store.ibethel.org/p4003/shifting-atmospheres)

Let me know how you go.