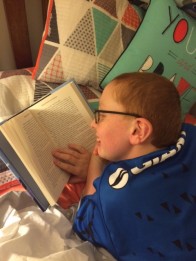 This list is based on what my son & daughter have read. The majority of the list is autobiographical as I love ‘feeding’ my children great books that will inspire and challenge them to do something great with their life.

When I google books, I always go to www.booko.com.au first as it shows me where I can obtain the book from anywhere in the world, both brand new and second hand. It also shows the price for the cost of the book and the price for posting it to your home. Thus, I feel it is a great place to start searching when buying a particular book. For my overseas readers, try www.booko.com (or your country’s version).

Next week I am posting a list of suitable war books to read. Thus, this week doesn’t include any of them.

** indicates that it is a Christian book.

Must Read (A Definite to read in my opinion!!)

I would love you to also comment below on any books that you have found inspirational for this age group as I am always on the ‘lookout’ for new books. Thank you.