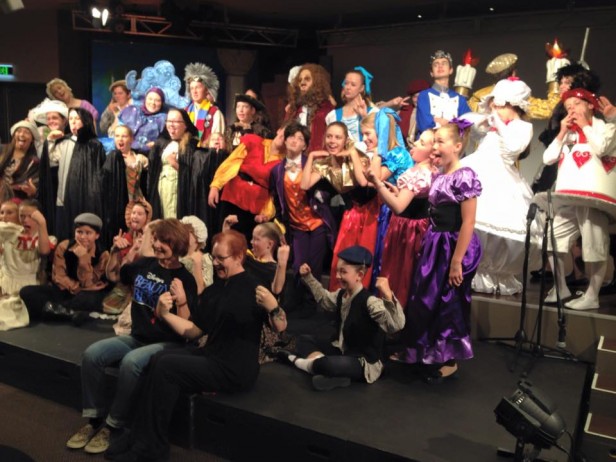 This past week during school holidays, Princess (11) has been involved in a musical production run by Gateway Family Church called “Broadway in a Week”. It is an annual event and this year was the production of ‘Beauty and the Beast’. The kids auditioned in February, were selected and then received their roles and script which they had to memorise before this week. Tuesday they turned up at 8.45am for 5 intense days of 7 1/2 hours daily of practicing and learning stage craft. There were 3 amazing performances on the weekend and it was brilliant to see what a professional production they pulled off after only 5 full days of rehearsal.

Parents were invited to come for the last 1/2 hour every afternoon to view what the kids had been able to achieve that day. At the end of each day, the group would gather and the Director then would say, “It’s time for people to encourage each other.” The first day, she explained that one of the core values of their church is encouragement and she asked for people to say, “I want to encourage….. for……”

The first afternoon, a few kids quickly jumped in to encourage someone. I noticed these kids attended that church and were obviously familiar with the concept. Then a 17 year old unchurched male said, “Can I have a go at that. I want to …what was that word you used?” The Director then said “Encourage”. This teenage male was obviously unfamiliar with the idea of encouragement but quickly saw the immediate effect that encouragement was having on those around him. By the end of the week, the Directors had to limit the number of encouragements given due to time constraints as everyone was wanting to join in and have a go at encouraging someone else.

I have written several other blog posts about encouragement, one only a couple of months ago. This is because it is such a powerful tool. Also, I must admit, it is probably something that I struggle with implementing into our family. How easy it is to criticise and discourage, rather than encourage and build up. Grace and love have been a bit short between the siblings lately. No matter what method I have tried, one of the siblings is still quick to not use grace and love towards the other, being quite discouraging. It suddenly hit me, we need to strategically implement encouragement times daily. Every evening over our meal, our mission is to say an encouraging thing to each other person at the table. By encouraging, I am not meaning “You have nice hair” but an encouragement about a character quality or personal strength they have seen displayed that day eg “I thought you handled that nuisance phone call in a caring manner” or “You displayed a lot of perseverance today when you completed that 1500m swim. You really pushed through and completed it whereas 12 months ago, you would have found that hard and just given up. Well done for finishing it.”. Another question we are beginning to ask is “Who have you encouraged today and how?”

Two years ago, we were disparing of our son’s inability to persevere through any situation that required him to try hard. No matter what method we tried, we couldn’t seem to help him. We prayed about it and tried encouraging him and found that he has finally managed to push through and finish hard things.

Encouragement is not only verbal. Physical ways to encourage include a hug, attendance and active watching/listening at events. Written encouragement is through emails, cards, letters, art work, etc.

How are you going with encouraging each individual child (or partner)? Which area do you need to improve on? Please let me know if you have some fabulous ideas on how you implement encouragement in your family. You can leave a comment in the comments section below or email me. I would love to hear and implement into our family life. Thanks. 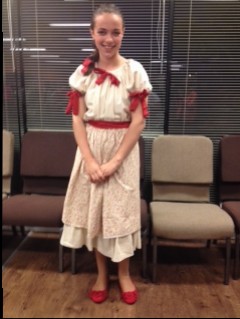