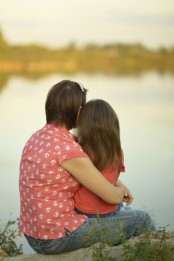 “Father God, can you please shine your light on any area of sin or anything hidden in my children’s lives that I need to know or any faulty beliefs that they are believing? Can you please bring these into the light and enable us to deal with them effectively to help our children move forward healthily, safely and in a godly manner? Thank you Father God.”

Several years ago, my friend was sharing how she prayed a similar prayer for her children. She was wanting the best for her children and wanted to know if there was anything she needed to be aware of, particularly any perceptions or faulty beliefs or lies they were believing that were shaping their life.

About a week later, my friend was shopping in Target with her teenage son and her son suddenly said, “Mum, I’m sorry I wasn’t born a girl. I know you really wished I was.” My friend was aghast since she had never ever thought that at all. She calmly asked her son why he believed that. He stated that whenever they went to Target, the mum always stopped in the girl’s clothing section and commented how beautiful the clothing was and looked through it. The son had perceived that his mother was wishing he was a girl and could buy those clothes for him. Perception becomes reality in our minds and thus he had believed the lie that his mum had wished he had been born a girl. Thankfully, now that the lie was exposed she could deal with it and her son could be reassured with the truth.

A few weeks ago, I prayed a similar prayer. Very interesting things have surfaced which I am so glad have now come to light so that we can deal with them. One of the situations could have had horrible consequences if allowed to go on for a period of time so it has been cut off and spiritually cleansed. I am so thankful to God that if we ask Him for help in exposing any lies our children are believing or any hidden sin, then God is a good God and will answer our prayer. It may mean stuff to deal with that we don’t like, but it is far easier to cut stuff off our kid’s lives earlier than later.

Another prayer that hubby and I often pray is this: “In the name of Jesus, I bind every lying, mesmerising and interfering spirit from being able to shape what we see, what we hear, what we feel, what we think and what we dream. Father I ask you to shine your light on whatever it is You want to shine it on and Father, I ask You to keep shining your light on it until we can see what You want us to see. Amen.”

The exact wording is not the key here. The key is asking God to reveal anything hidden that you need to know and helping you become aware of it so that you can effectively deal with it and journey forward in purity.

I encourage you in your parenting this week to ask God to reveal anything about your children that you need to know, especially any faulty beliefs or lies they are believing. Enjoy the process of helping your children walk in freedom.

2 thoughts on “Please God expose anything hidden in my kids’ lives that I need to know about.”